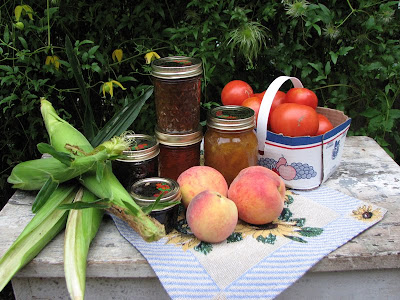 More often than not each of us captures a moment from a season that lingers with us... carried on to the next one, sometimes through the years.

As the subtle hints of Autumn begin to appear, it is the bounty of the harvest that will remain with me throughout the coming months into the harshness of Winter and the freshness of Spring.

For you see every time I open a jar of cherry jam to spread upon my toast, peaches to partake of for dessert or sweet garden tomatoes smothering a pasta dish... the aromas of Summer shall return, igniting my memory and my taste buds... 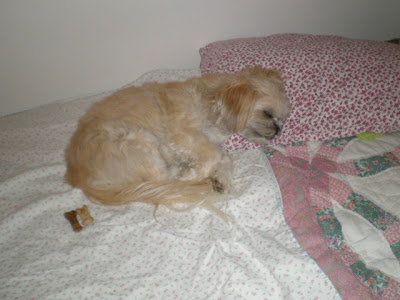 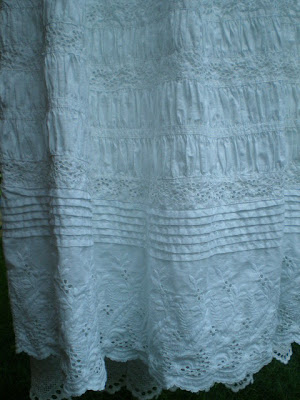 Usually hidden beneath one's skirts the flounce has descended through time.
Often consisting of lace or broderie anglaise (eyelet) it was a strip attached to the bottom edge of the petticoat, nightdress or an infant gown. 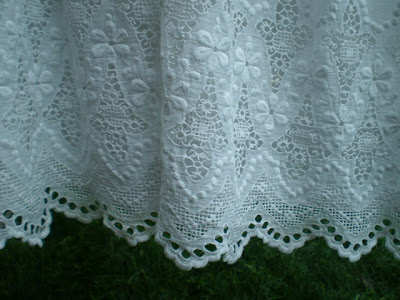 During the Romantic Era it was incorporated into the gown itself; enveloping the sleeve or with sometimes as many as a dozen layers cascading around the hemline swishing across the floor. 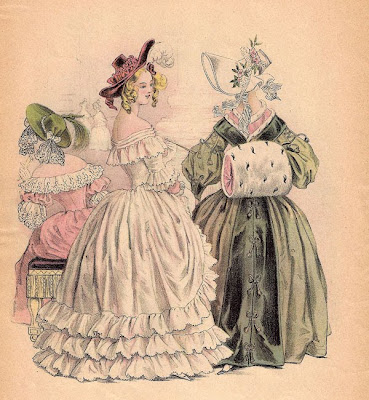 Even when a widow was required by mourning etiquette to dress entirely in black, she had a flounce of black crape that encircled her underskirts to fulfill such a requirement.
Flounces have fallen in and out of favour throughout fashion history. Many have been salvaged to be used in vintage decorating and doll making.
I wonder if the Puritan women that first came to this continent and were forbidden to wear lace at the throat had a flounce secretly sewn to their petticoats out of view from persecution... maybe even in red to match their scarlet letter... 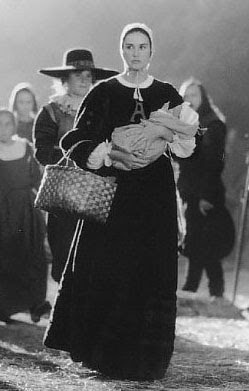 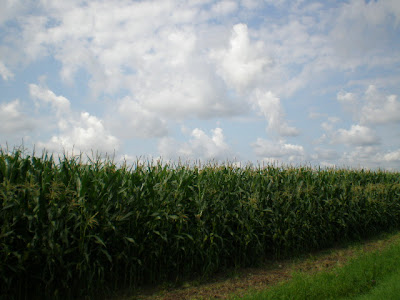 Stalks of corn deep in hue reaching up to the clouds in the clear, blue sky... 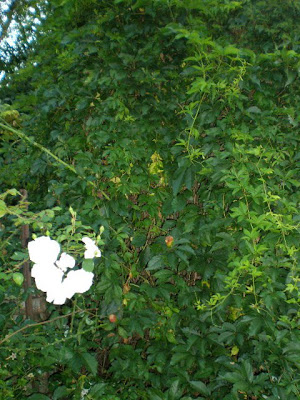 The variegated shades of ivy reminiscent of a castle wall... 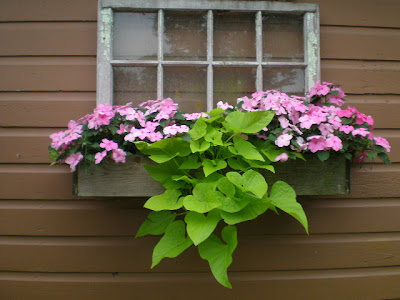 Brilliant chartreuse in a flower box highlighting the pink blossoms that surround it. Contrasting against the old window completing the vignette...

The season of Summer relinquishing her beauty for us to behold... 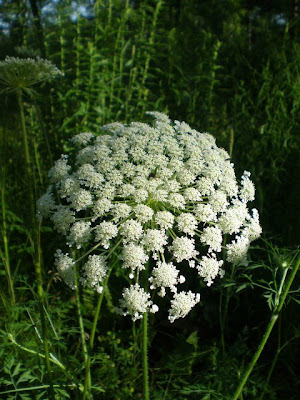 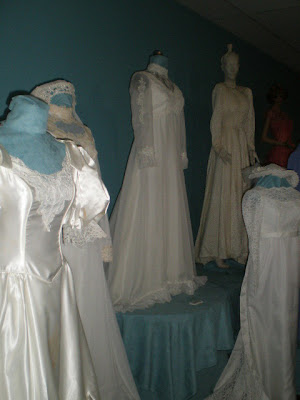 Tucked away on a rejuvenated downtown main street lies a hidden gem. Dubbed the 'Honeymoon Capital' Niagara Falls Ontario is a most appropriate spot for a Wedding Museum. 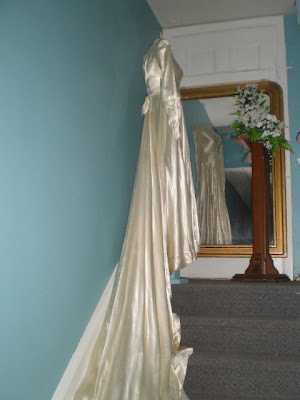 Having been treated to our own personal tour by its knowledgeable curator David Tetrault, I was intrigued to discover a collection of gowns and dresses chronologically displayed (from the mid 1800's to present day) for our viewing pleasure. 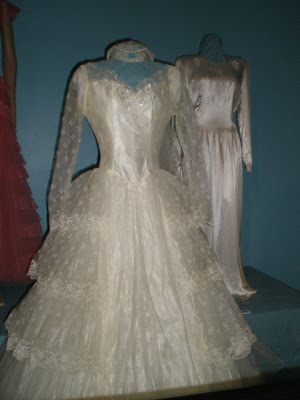 Each creation and accessory is artistically placed, enhancing the costumes that once draped the velvet-skinned shoulders, revealed the delicate waist and covered the trembling heartbeat of a young bride... 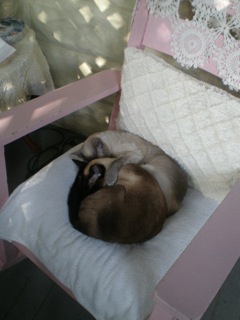 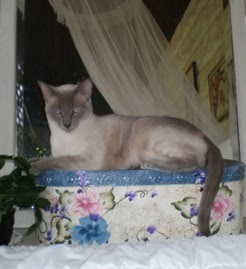 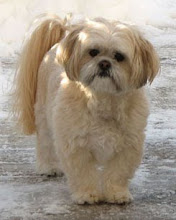 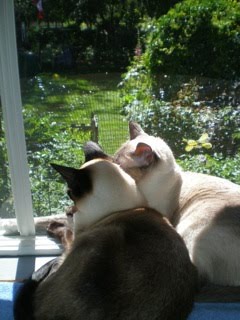 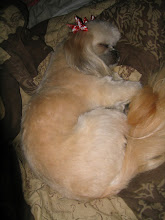